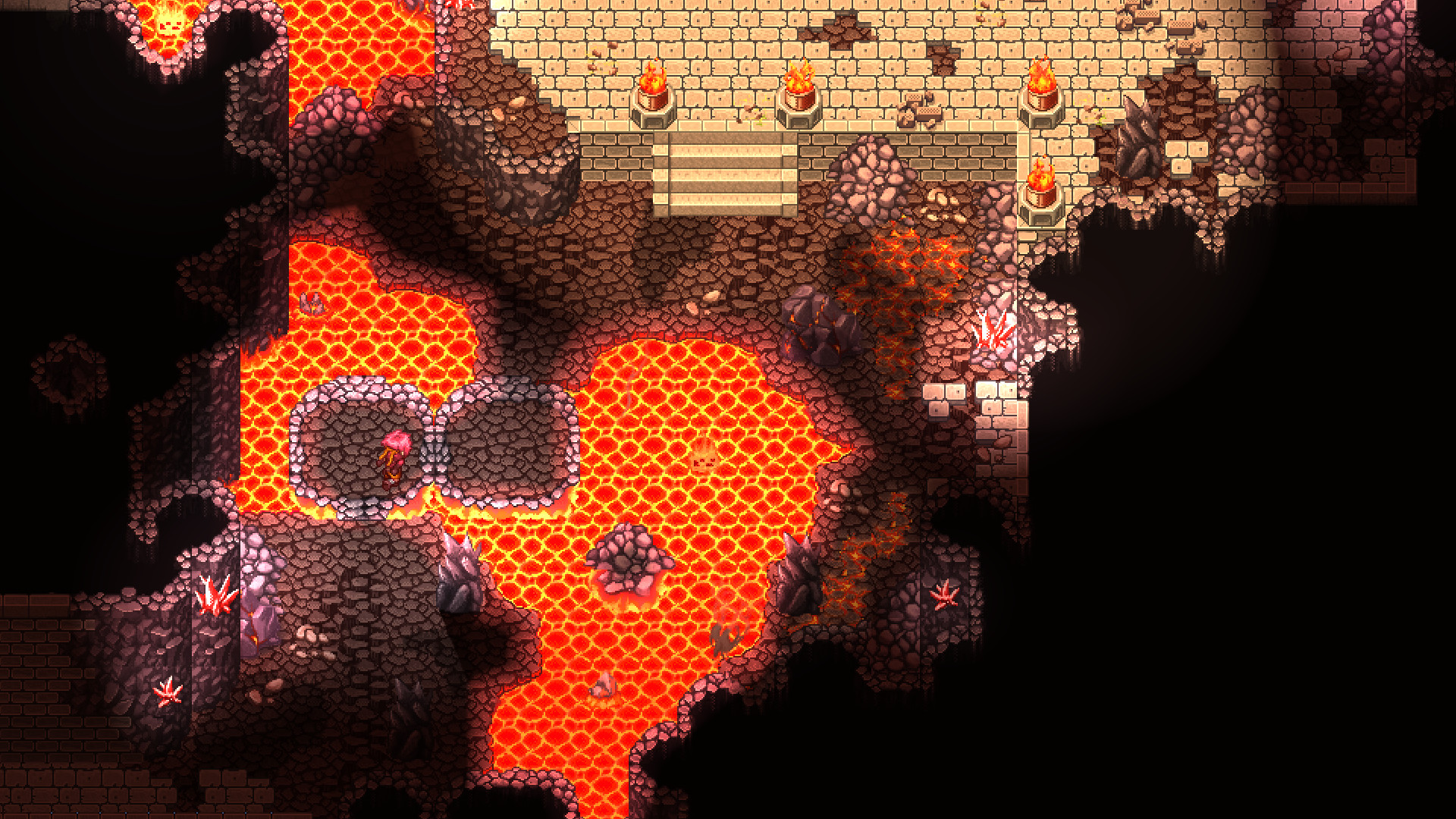 Writing tracks for a videogame soundtrack

When composing for a videogame there is one thing which should not be forgotten: A full soundtrack is being composed, not just a lot of single tracks. It is therefore best to have a rough idea of the direction in which the entire soundtrack should move right from the start. There are other things you’ll then need to think about: How big will the soundtrack be? Which tracks need to be done first? Which genre should it be, do I compose for a Jump & Run or a Simulator? Is the game set in a future setting, the past or a fictional time? Especially the time can influence the instruments one may use, for example synthesizers for futuristic settings or more traditional sounds for the past. Is the game set in a special place? Example: Fire Emblem Fates with the more European Nohr and the Japanese-inspired Hoshido. The soundtracks of the areas are very much based on sound patterns typical for Europe and Japan.

These preliminary considerations create a rough orientation framework that breaks down the large mountain of tracks into smaller stages and helps you to decide which song you want to create in which way. Of course it is impossible to plan the whole soundtrack from the beginning till the end, ideas will show up every now and then, changes need to be made along the way – but creating a rough outline will ease up the production a lot.

RPGs usually have rather massive soundtracks – due to their playtime. You usually need a lot of tracks for different areas, character themes, battle themes and atmospheric tracks for dialogues and other situations. Early on, we put the priority on battle themes and tracks for the dialogues as these two parts are essential for the game and players will spend a lot of time listening to them. With a similar priority, we handled the character themes of the main characters. The reason is simple. We work with a lot of leitmotifs (more on that later on) and we wanted to establish these for each character early on. Since Elements Destiny is a a fantasy RPG, we’ve decided to go with typical fantasy elements like epic tracks, orchestral work and so on. But since it’s also set in a fictional world and time, we even had the freedom to use synthies and e-guitars. Plus a lot of the locations are more or less based on real world places, so we could use influences from these cultures as well and move a bit away from “Just another fantasy world” approaches. Among other things, this has the consequence that individual tracks stand out from one another more strongly and the soundtrack appears even more diverse overall.

Before I talk about the specific tracks, I would like to say something about Leitmotifs in general as they are your best friends when creating a soundtrack. A leitmotif is a thought, an idea within a track and within a soundtrack, usually a small melody which comes up again and again or is being picked up and/or varied. The big plus of a leitmotif in your soundtrack is that it generates the feeling of unity and makes the tracks feel related. Especially if like in Elements Destiny multiple composers are working on the project that is helpful because otherwise their individual and different styles could make the overall OST seem disconnected. We have developed a general leitmotif for the soundtrack that hovers above everything, individual leitmotifs as a distinguishing feature for the characters and, similar to Fire Emblem, also leitmotifs for areas. Listen to one of our character themes, you might even notice the leitmotif yourself.

The track: The idea

Each track starts with an idea. Sometimes it is already the challenge to figure out that idea or to chose one. To define the direction, it is usually helpful to listen to soundtracks from other games which you think of in a specific game situation. Fans of the genre should feel at home right away. Sometimes it also helps to just start making music to get into the right mood. Try jamming on your instrument or using your tools till you find something interesting which fits the moment. The more songs you created for a game, the easier it gets to create further ones as you can use existing motives and tracks you already did. If you have a creative down: No worries. That’s pretty normal and will go away at some point. There are weeks where I write four songs and some where I can’t create even a single one.

Writing tracks is something very individual and there is no perfect way but I will try to explain how I usually create a song from the beginning to the end.

After I had an idea, I try to work it out as far as possible in first place, even if the part I had in mind is in the middle of the song I want to create.  For that, I create the lead-line first and add early on drums and base, the foundation of every song. Even in early stages, it is important to clean up your tracks and keep them clean! Ensures that superfluous elements are removed, everything is within the rhythm, that the volumes are where they should be, and so on. That saves you a lot of headache in the end when you finish and mix the track!

Once I am happy with that prototype, I start to think about structures. When shall the part I just created play within the song? Is it part of the verse or the chorus? Do I want to further elaborate on that part or is it already finished, maybe even the peak of the song? Does it need further polishing? From here on, I start creating other parts of the song and put them together piece by piece.

Now I have my first demo ready. I listen to it all the time now and take notes (mostly in my head) to see which parts work well, which don’t work at all and which could use some improvements. Show this demo track to others, you’ll notice based on their reactions if an idea works or not or which parts work especially well.

After that, it is time for the finetuning. Above all, this means cleaning up the track one last time and mixing and mastering the whole thing (mixing = mixing the specific song, mastering = ensuring that the volume does not differ from other tracks in the soundtrack). This is where solid order really pays off. The tidier the composition, the easier it is to mix. If you’re lucky, like us, you’ll have a producer who can do the mastering and sometimes the mixing for you.

From here on I’ll give you an example on an area track created for the “Catacombs of Yangalev”, a fire dungeon. I’ll write about the creation of the track. So let’s start with…

In this state the basic vibe is there: Slow, carried, warm. But there is no detailed rhythm or melody. There is a lot going on already but the track still has a lot of directions. Later on, it was cut down and got more focused. For that, I took the idea of the B-Part, like the triplet rhythm at the end of the fourth tact so that everything sounds more unified.

The idea for the chorus is already there: a tempo change, the main gimmick of the track. Compared to the current version, this one is still relatively soft. The idea was to emphasize the contrast between the two parts and make the „Chorus“ or B-Part sound even more aggressive and explosive. Therefore, in the final version, the transition bars are even more subtle, so that the change in tempo comes all the more suddenly and the actual entry into the B part occurs much more forcefully and suddenly. In addition, there are now flames and torch special effects (SFX) to match a fire dungeon and the planned gameplay.

This is the final version of the track before it was mixed and mastered. You notice that compared to the finished version, the sound sounds relatively „muddled“. The aim of mixing is to remove this mud and give the voices more room to „breathe“, especially equalizers and compressors are your best friends here. In addition, our producer Andras has added a cool stereo effect to the track: This ensures that it sounds as if the track is expanding spatially again to match the start of the chorus / B part!

And here it is, the final version of the track. At least we think that it fits pretty well and makes you want to explore a fiery area!

I hope we could give you some insights and help you at least a bit, if you are thinking about creating your own soundtrack for a videogame. I want to mention once again that every composer has his or her unique ways of working and methods. Writing music is something very individual. Therefore don’t get confused if your way of writing music does not coincide with the way other composers might do it. Believe in your ideas and stand by them! And above all, have fun!