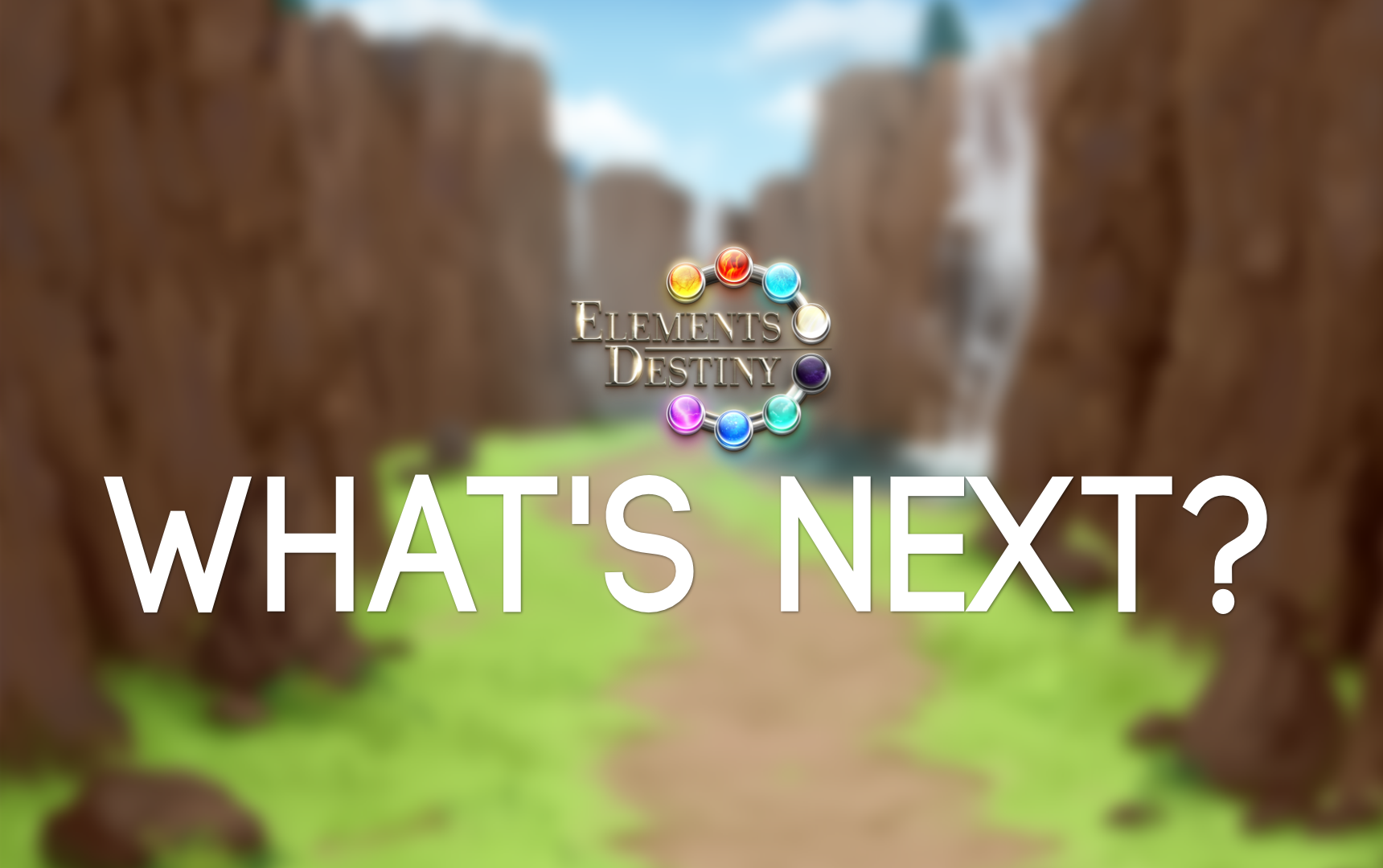 A lot happened last year. And even more will happen this year. Time to look back. And to look ahead. Elements Destiny's review of the year!

Last year was an important milestone in the development of Elements Destiny. We were finally able to announce that we were switching engines. Originally, the project started as an RPG Maker game and we had no idea how massive and big the game would become. We thought that RPG Maker could handle everything we wanted from Elements Destiny - and had to learn the hard way that we needed to upgrade to a technology that could handle everything we set out to do. We kept upgrading the team and finally made one of the most important decisions: We switched to Unity.

All in all, in retrospect, this decision was certainly made a little too late. A completely finished game first had to be rebuilt. But it was still the right decision, we are convinced of that. Even though the change had an impact on the overall development time of Elements Destiny, it was also worth it, as it allowed us to create a more fluid and polished experience for you, the players.

The first prototypes of Elements Destiny in Unity are already running and we have been able to try out and implement a lot of new mechanics. The creation of our assets is also in full swing! Here we have also started and redesigned in many places, but with every monster, every interface element and every character artwork we see that our dream of a really good adventure is getting a bit closer.

We were also finally able to launch a Steampage(https://store.steampowered.com/app/1635500/Elements_Destiny/) and are incredibly grateful for the many Wishlist entries we have received so far! We are also already in talks with other stores and who knows, we might be able to reveal more about this very soon.

But enough of the review. Let's move on to 2022, which will most likely be one of the most important years for Elements Destiny. We are working hard every day, sometimes until late hours, to finish all the assets, all the functions and all the tools for our team so that they can finally build Elements Destiny. The first maps have already been built and the story placed on them. While we're at it, both texts and story are almost completely finished and are being diligently integrated as we speak! All monsters have been designed and a good half of their artwork has already been finalised.

We know that you are eagerly waiting for a release date. Unfortunately, we have to put you off a little longer. We are still missing too many mechanics and the game is simply too extensive to be able to give a concrete outlook here. But right now we are seeing how everything is gradually coming together.

With that in mind, what are our plans for 2022? Well, first of all, we want to show a lot more of the game, especially in-game footage and gameplay. We will soon start working on a first big trailer and also announce the game to the press. And maybe there will be a few more nice surprises then.

People have kept asking about possible console versions, and while we can't confirm things at this point, we'd like to talk more about that later this year as well. And maybe, just maybe, we can also offer a first playable demo at a certain time when we all usually meet in Cologne. We are not sure if we will be able to complete something fully fleshed out in time, but we are trying very hard to reach this milestone.

What we can guarantee in any case: We will announce a lot in 2022! And - depending on how well we progress - we will start very, very soon.